Brexit, “Make America Great Again”, Narendra Modi’s 2018 Davos speech about globalisation losing its lustre: those things can’t fool us. In the 21st-century market place, every business now sells to a multicultural, multilingual audience — whether online or in a brick-and-mortar-shop. European societies are increasingly diverse, and more people than ever before live abroad for at least some time, if not permanently.

So, whether they respond to all customers in English or set up multilingual contact centres: companies have to consider the effect of intercultural communication on their customer service.

In this article, we’ll look at 7 common conundrums that can get in the way when customers have different cultural backgrounds or speak different languages. It’s based on research by John Gumperz and Deborah Tannen; if you’d like to dive deeper into the subject, check out the recommendations for further reading below.

According to Deborah Tannen, “people experience silence when they think there could or should be talk.” Those expectations differ vastly between different cultures, even within countries. People in different parts of Finland, for example, find each other too silent or too talkative, and the same is true of inhabitants of different US states. Those kinds of judgements often feed into stereotypes about quiet people being stupid, or talkative folk being too pushy — which will affect CSAT, NPS and friendliness scores.

So, it’s impossible to come up with a hard and fast rule about what length of silence is OK — or whether advisors should, for example, be allowed to type silently during a phone call.

Cultures differ in their acceptance of advice, storytelling and the sharing of personal experiences, as well as the use of irony, sarcasm and even questions. Not every kind of compliment can be paid in the same situation in every culture, and the rules for polite responses to such compliments vary as well.

It’s important to bear that in mind when creating guidelines to help advisors be more ‘engaging’ on the phone, in emails or live chat.

Some customers may get impatient when advisors share personal experiences to create rapport. Others may be less inclined to ask questions, so we need to watch out for indirect requests for information. Misunderstandings can lead both the customer and the advisor to negative assumptions about each other’s personality traits — when, in fact, their behaviour is based on cultural convention.

Ever felt like you couldn’t get a word in sideways? In every spoken conversation, we use subconscious clues about pacing and pausing to determine whether the other person is done speaking and it’s now our turn.

“The person who expects a slightly shorter pause will take a turn first — filling and thus curtailing the pause that the other is waiting for. … Slightly slower partners accuse faster ones of not giving them a chance to talk and not being interested in what they have to say. Slightly faster partners accuse slower ones of not talking to them and not saying what’s on their minds.”

Because this is such an automatic process, it’s very powerful in defining the relationship between callers and advisors — with potentially big effects on customer satisfaction scores.

4. Are you actually listening?

Ways of showing listenership can vary, too. In the contact centre, this mostly affects the so-called “listening noises” such as “u-huh”, “yeah”, “OK”, “mhm”, and so on. Similar messages appear in live chat conversations, for instance “ah, OK”.

Deborah Tannen conducted a study that shows those listening noises to be less universal than we might think. Cultures can have different expectations of their frequency, the loudness at which they’re uttered, and even the words or noises that should be used:

“New Yorkers in [Tannen’s] study had an enthusiastic way of showing listenership — for example shouting ‘Wow!’ or ‘No kidding!’ This was understood as a sign of attention and encouragement by speakers who shared that style. But such loud responses frightened and confused the Californians — sometimes to the point of stopping them dead in their vocal tracts.”

5. Are you really mad at me/ disappointed/ depressed/ enthusiastic?

Intonation — pitch, pitch variation, rhythm, loudness, etc. — is the hardest part of learning a dialect or a foreign language. And it’s essential for others trying to understand how we mean what we say, because intonation conveys our attitudes and emotions.

John Gumperz tells the story of complaints about ‘rude’ Indian and Pakistani servers at a staff cafeteria at Heathrow Airport.

Were those complaints discriminatory? Or was there something else going on?

Gumperz recorded the interactions between servers and customers on tape. When they all listened to the recordings together, they found that British and Asian staff used different intonation to ask if the customer wanted gravy. They all said exactly the same thing: “gravy”. But the British servers used question intonation (“gravy?”), whereas the Asian staff used a falling intonation (“gravy.”).
The falling intonation was interpreted as rude — ‘here’s some gravy, whether you want it or not.’

While these examples centre on two specific varieties of English, the underlying phenomenon is far more widespread. In contact centres, we’ve seen misunderstandings occur between English speakers from the UK and eastern Europe; the United States and the UK; and German speakers from Germany and Austria — to name just a few.

Levels of acceptable directness and indirectness are probably the best-known cultural differences.

Just take a look at this popular online meme about British indirectness (attributed to various sources):

German and Dutch people are often perceived as being rude because of their more direct style of speaking, compared with some speakers from Britain, Arab countries or the Mediterranean, for example. Of course, that’s the last thing we want to happen in a customer service environment, so an awareness of those triggers is essential.

7. Does that make sense?

Finally, there are also cultural differences to how we structure a conversation, email or product review as a whole. As a result, the reader or listener may not get the point. Indian speakers may, for example, not emphasis their main point but the sentence directly before it — and in some cultures, an argumentative essay is expected to be far more repetitive than we’re used to in northwestern Europe.

Our experience tells us that even native speakers can’t always avoid those conundrums. If they’re employed abroad, over the years it’s easy for them to lose touch with what it’s like to be a consumer in their country of origin. Plus, many languages are spoken in more than one country: just think of Portuguese, which is spoken — with large and small variations — in places as culturally diverse as Portugal, Angola and Brazil (among others). Even within a relatively distinct geographical area such as Germany, different regions use language differently as part of their cultural identities.

Add to that different age groups, class, and gender, and you’ll see that intercultural communication affects all of us.

← Previous: What Not to Write: 13 Words and Expressions to Avoid in Your Customer Care Replies Next: 3 Ways You Risk Companies Disregarding Your #PlasticFree Messages... And How to Get Them to Use Less Packaging Instead → 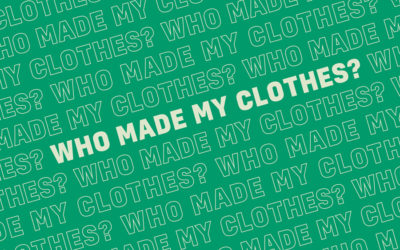 How to reply to a customer asking #WhoMadeMyClothes — clearly & convincingly

END_OF_DOCUMENT_TOKEN_TO_BE_REPLACED 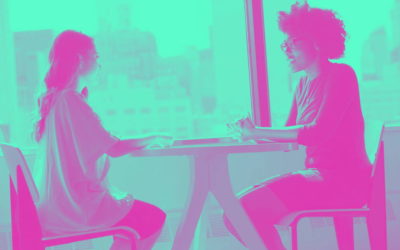 Audience empathy for the win! — Why showing empathy to customers is so important

Few would disagree with the statement “empathy’s important.” (Except perhaps those who’ve read Against Empathy: The Case for Rational Compassion by...

END_OF_DOCUMENT_TOKEN_TO_BE_REPLACED 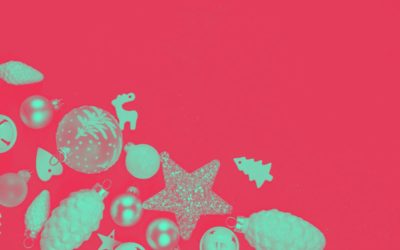 Ah, December… The month of 'hygge': candle light, the scent of mulled wine and festive street decorations. — Or the month of frantic shopping...

END_OF_DOCUMENT_TOKEN_TO_BE_REPLACED

Pop your email address in the box below and we’ll include you in our much-loved, straight-talking, GIFy emails. Plus, you'll be the first to get all our free templates and worksheets — and for each new subscriber, we fund a day of e-learning for a child in India.

Thanks for subscribing! Check your inbox to confirm it's really you.

You can unsubscribe any time. (Take a look at our Privacy Notice.)